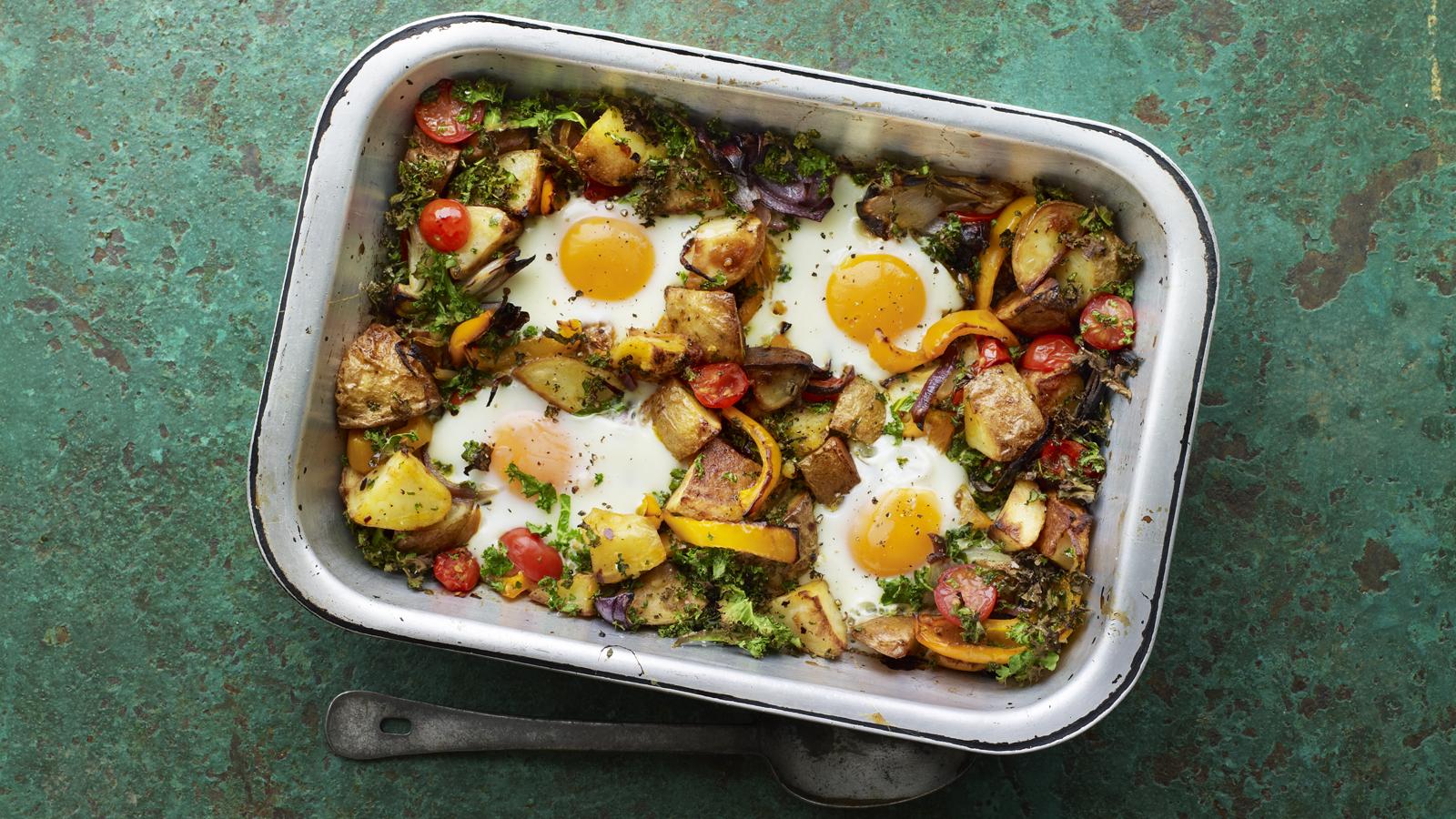 1. Preheat the Retigo combi oven to 200 °C on hot air mode.
2. Toss the potatoes with the chilli flakes, oil and a generous amount of salt and pepper on the baking tray. Roast for 15 minutes.
3. Remove the tray from the oven and toss the pepper, onion and tomatoes with the potatoes. Return to the oven for 10 minutes.
4. Put the kale in a bowl with a large pinch of salt. Massage the kale between your fingertips until it becomes soft and damp.
5. Toss the kale with the potato mixture and create four wells in the mixture. Crack an egg into each well and return the tray to the oven for 2 minutes, or until the egg whites are just set but the yolks are still runny.